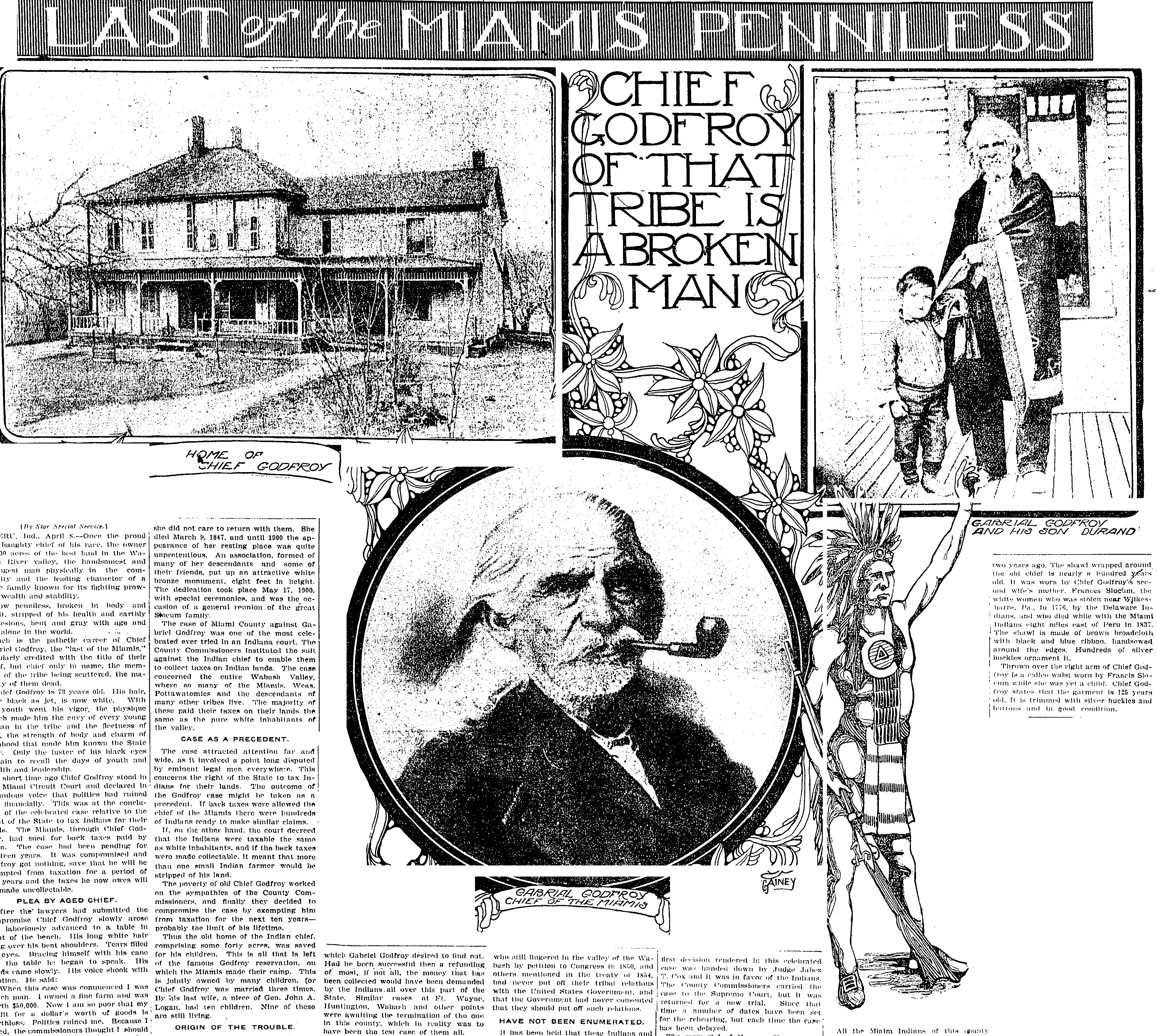 “Great Men, Savages, and the End of the Indian Problem” (Journalism History, March 2020) uses historical examples to examine some of the reasons that our nation’s contemporary news media often fail when it comes to effectively and authentically representing American Indian issues and individuals. It also argues the need to look beyond traditional historical sources when doing scholarship about our nation’s indigenous peoples.

Through an examination of nineteenth-century press coverage of the Miami Nation of Indians of Indiana, the research offers insight into the ways in which historically problematic coverage of this oft-stereotyped and marginalized group continues to manifest in today’s news media. Finally, it offers suggestions for ways we can strengthen our historical scholarship and our journalism to ensure we are offering a valid representation of Indian issues and individuals in the past and the present.

We must, in our scholarship and in our journalism, counter tendencies to treat all Native experience as a common, generic narrative, which fails to reflect the unique experiences and cultures of differing tribal nations. Perhaps the most important way we can counter this monolithic mindset is by seeking ways to give Native nations and individuals a voice in the way their histories and stories are represented and told; this means being particularly mindful of the sources we select and privilege.

Any work involving Native nations or individuals must necessarily look beyond what can be found in archives and historical newspaper databases; what is not found in those sources is also significant and is an important way we can give voice to historically marginalized peoples. This research reveals that through examining gaps in the historical record, we are ultimately able to articulate the voice of groups and individuals who were not (and often still are not) in a position to readily reach a mass audience and make themselves heard.

The Miami never established a tribal press and thus lacked a journalistic outlet to counter the overwhelmingly negative representations found in non-Native newspapers of the nineteenth century, but this does not mean they were silent. Sometimes the Miami would choose a course of action with the intention of sending a clear message, but even then the message would be filtered through an ideological lens. The nineteenth-century press portrayed Indians in a binary fashion: either as bloodthirsty savages (“bad” Indians) or Noble savages (“good” Indians), usually based on whether the Indians were complying with the wishes of the United States government.

Analysis of the Miami during this time period reflect that dichotomy. When the Miami were cooperating, signing treaties and making land cessions, they were described as “civil” and “honorable”; when they failed to comply or were actively hostile, the negative rhetoric ratcheted up in the press of the day. The dichotomous treatment of Indians served an important purpose in the discourse surrounding the best way to address the “Indian problem,” with one side viewing Indians as “savages” needing to be forced into submission or eliminated, while the other sought government intervention to “save” the Indian through Euro-American educational and religious values.

Mass media played an important role in creating and communicating stereotypes which aligned with government and business interests who viewed Indians and, more importantly, Native land claims, as obstacles to economic growth and national expansion. It is not too difficult to find similar attitudes expressed today if one were to examine non-Native press coverage of issues in Indian Country; a recent example can be found in coverage of the protests surrounding the Dakota Access Pipeline.

The Miami, and other Native nations, continue to live with the legacy created by these long-gone reporters and editors. We can, and should, ask ourselves whether today’s journalism is doing any better in its coverage of Indian issues and individuals. Issues of Indian identity are complex, and it is incumbent upon us as journalists and historians to find ways to give voice to these issues and individuals in order to ensure our representation of them is authentic.

There are ways we, as scholars and journalists, can advance this cause:

The problematic portrayals of Indians revealed by the existing historical scholarship continue to manifest in news coverage today, and we fall short if we fail to connect the past to the present, with the goal of providing more thorough and authentic representations in today’s journalism.

The following suggested activities, projects, and discussion might prove instructive in a variety of courses such as media/journalism history, media and diversity, and ethics, as well as a basic news writing course.

Dunbar-Ortiz, Roxanne, and Dina Gillo-Whitaker. “All the Real Indians Died Off”: And 20 Other Myths About Native Americans. Boston: Beacon Press, 2016.

González, Juan, and Joseph Torres. News for All the People: The Epic Story of Race and the American Media. New York: Verso, 2012.