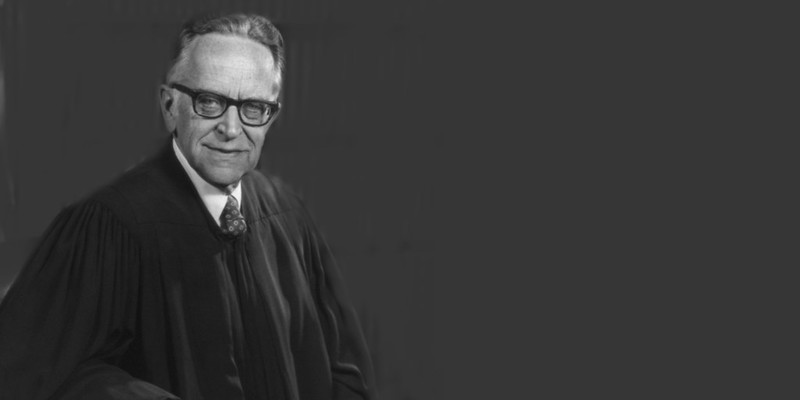 A Brief History of Commercial Speech Protection and the First Amendment

Commercial speech has been an area of speech regulation that was said to be “plucked…out of thin air” by the U.S. Supreme Court in the 1942 case Valentine v. Chrestensen.[i]  However, its origins are rooted in the changing consumer and media landscape of the turn of the twentieth century.  Its legal origins lie in the development of advertising and handbill regulation that proliferated in the progressive era.

At the turn of the twentieth century, large and small municipalities grappled with the issue of handbills and littering.  In reaction to handbill littering, cities began passing sanitation laws imposing fines on littering and banning handbill distribution.  These cases were frequently a mixed bag of results, with some people being fined and some having their cases dismissed.[ii]  Occasionally, advertising and its protection made its way up to the U.S. Supreme Court in a series of cases from 1907 through 1932.[iii] However, those cases were not about the First Amendment but focused on the issue substantive due process of the bygone Lochner era.[iv]

A Landmark Case for Commercial Speech

It was against this historical backdrop of handbill regulation in 1942 that the U.S. Supreme Court heard its first commercial speech case in Valentine v. Chrestensen.[v]  The case involved a promotional handbill for a tour of a WWI submarine, billed as the “$2,000,000 fighting monster,” docked at the State pier in the East River.[vi]  The handbill was double sided with one side containing an advertisement for the submarine tours while the other contained political criticism of the Mayor of New York.  The owner of the submarine, F.J. Chrestensen, was told by the New York City Police that advertising handbills were banned from being passed out on city streets under Sanitation Code 318.

However, the police also told him that his handbill’s political criticism would be allowed to be distributed if placed in a separate handbill.  Chrestensen refused to change the handbill, and the NYC police sought an injunction. Writing for the majority, Justice Owen Roberts held that commercial speech could be regulated by state legislatures, and that advertising, even when mixed with political commentary, was not protected under the First Amendment.  Addressing the slippery slope of trying to regulate advertising mixed with political commentary, Roberts wrote in Valentine, “every merchant who desires to broadcast advertising leaflets in the streets need only append a civic appeal, or a moral platitude, to achieve immunity from the law’s command.”[vii]

By the 1970s, the judicial attitude toward commercial speech was far different than in 1942.  In the 1940s advertising regulation and handbills were narrow concepts; even the term “commercial speech” was not created until 1971.[viii]  The Supreme Court’s openness to issues like commercial speech had to do with a broader change in legal attitudes toward the First Amendment.  Part of this change came from academic critics such as Alexander Meiklejohn, a democratic theorist on free speech, who wrote a highly influential book Free Speech and Its Relation to Self-Government, published in 1948.  Meiklejohn argued for a limited regulation on political free speech and a case-by-case evaluation of regulation of non-political speech.[ix]  His philosophy influenced judicial thinking on the U.S. Supreme Court, especially with Justice William Brennan.[x]  It was this approach to be more protective of speech that extended the Meiklejohnian absolutism to commercial speech regulation in the 1970s.[xi]

The Supreme Court began discussing commercial speech in the 1970s, first in Pittsburgh Press Co. v. Pittsburgh Commission on Human Relations[xii] in 1973, a case that examined laws regulating newspaper want ads by gender, and later in 1975 in Bigelow v. Virginia,[xiii] a case that involved a ban on advertising abortion services out of state in a Charlottesville, Virginia newspaper.  Writing for the majority in Bigelow, Justice Harry Blackmun said that commercial speech “is not stripped of First Amendment protection.”[xiv]  In 1976, the Supreme Court in Virginia State Board of Pharmacy v. Virginia Citizens Consumer Council heard a case that was purely about commercial speech without any ancillary political speech questions.[xv]  The case involved a pharmacist who wanted to advertise drug prices but was banned from doing so under Virginia law.  Striking down the Virginia drug price law as unconstitutional, Justice Blackmun, writing for the majority, wrote that commercial speech had value and that “[a] consumer’s interest in the free flow of commercial information, that interest may be as keen, if not keener by far, than his interest in the day’s most urgent political debate.”[xvi]

Through the 1980s the laws of commercial speech became delineated.  Government regulation of free speech was addressed in 1980 by Central Hudson Gas and Electric Corporation v. Public Service Commission of New York.[xvii]  That case created the famous Central Hudson test that evaluates the constitutionality of government regulation of commercial speech using intermediate scrutiny. Later, in the 1983 case Bolger v. Youngs Drug Products, the Supreme Court created a test to identify when speech was commercial speech.[xviii] In 1985 the court held that the government can mandate disclosures in certain advertisements without violating the First Amendment rights of advertisers.[xix]  By 2003 the U.S. Supreme Court was poised to address the issue of whether public relations, especially public relations addressing an organizational crisis coupled with public debate commentary, was commercial speech.  However, the court reversed its decision to grant certiorari, and the case was later settled out of court.[xx]

The legal progress made in commercial speech law is not without critics.  Alex Kozinski, a judge on the Ninth Circuit Court of Appeals, and Stuart Banner, Kozinski’s law clerk, wrote in a 1990 Virginia Law Review article:

The commercial speech doctrine is the stepchild of first amendment jurisprudence…in a free market economy, the ability to give and receive information about commercial matters may be as important, sometimes more important, than expression of a political, artistic, or religious nature.[xxi]

Kozinski and Banner argued that existing First Amendment doctrine for speech was sufficient to regulate advertising because strict scrutiny would naturally lead to the conclusion of the government having a substantial interest in citizens’ welfare.[xxii]  Justice Clarence Thomas’ concurring decision in 44Liquormart v. Rhode Island also criticized the commercial speech distinction, writing, “I do not see a philosophical or historical basis for asserting that ‘commercial’ speech is of ‘lower ‘value’ than ‘noncommercial’ speech.  Indeed, some historical materials suggest to the contrary.”[xxiii]  Those “historical materials” included a nineteenth century ban on government censorship of the press publishing lottery advertisements, advertising use during the colonial era, and the Framer’s concept of freedom of the press.[xxiv]

Today the litter of advertisement handbills comes in digital form with filled inboxes, banner ads on social media, and promotions designed specifically for us by using our consumer data.  Despite these changes, the question of what commercial speech is and is not still raises constitutional questions.  The delineation between political and commercial and the constitutional logic of applying a separate standard to commercial speech still raises questions about the limits of free speech protection, the original design of the First Amendment, and what value speech has in a democracy when it is labelled commercial.

About the author: Cayce Myers, Ph.D., LL.M., J.D., APR is an associate professor at Virginia Tech’s Department of Communication.  He researches legal issues and the history of public relations.

[ix] Alexander Meiklejohnian, Free Speech and Its Relation to Self-Government (1948).