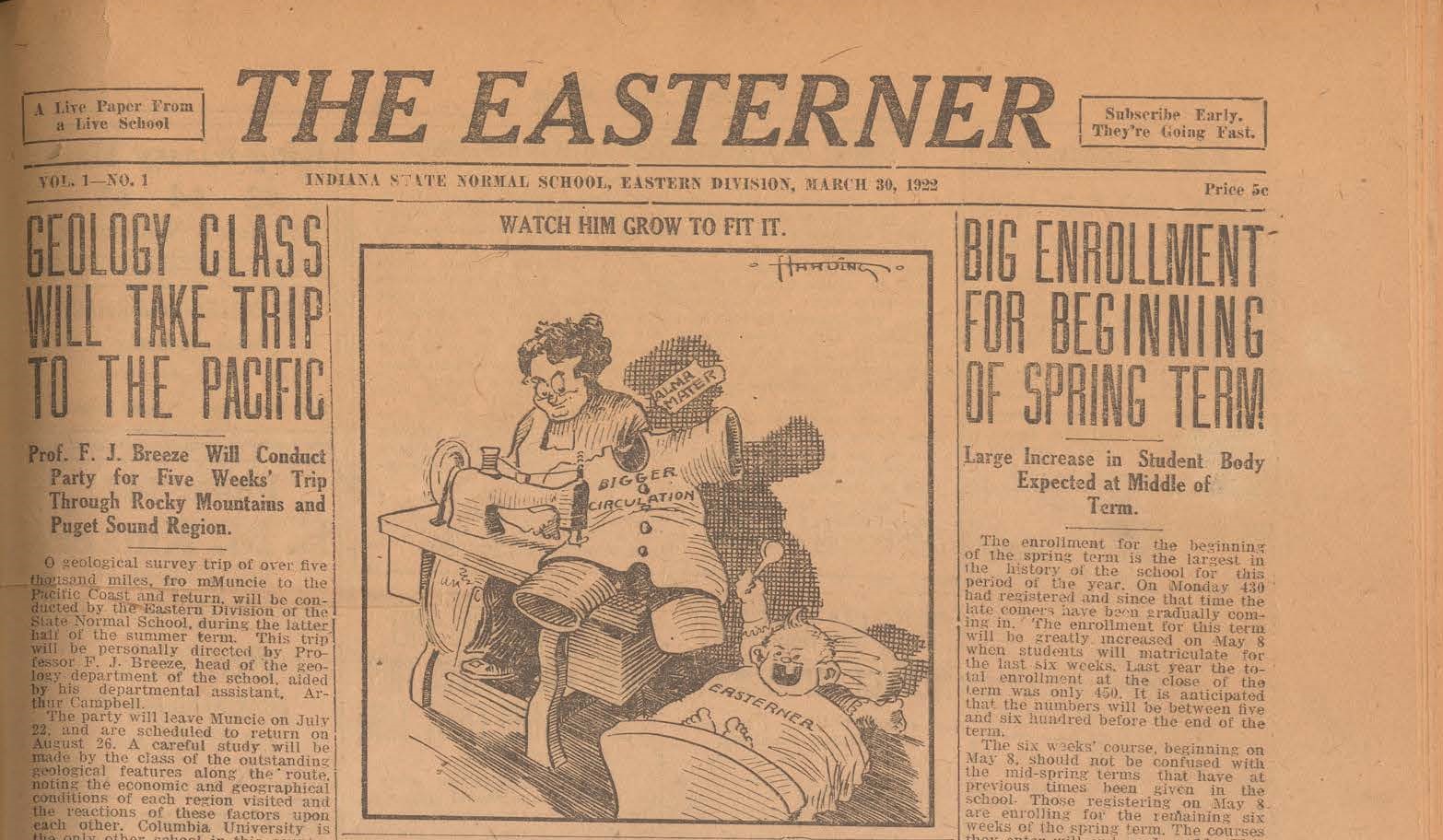 The featured image above is a partial front page from the Easterner (Ball State), one of the newspapers Crane and Lesher studied for their article.

In general, Lesher said, examining campus newspapers offers students of today an opportunity to learn what college students were thinking about many generations ago.

“If college students are important to us, then what they write is important to us,” Lesher said. “Historical campus newspapers provide a tool teachers can use to hopefully elicit more interest from the students.”

Crane pointed out that this tool is becoming more and more accessible. Both librarians in the Louis J. Blume Library at St. Mary’s University (San Antonio, TX), Crane and Lesher are excited that campus newspapers are becoming readily available in digital format.

“We want students to be able to use these resources, and we want to let teaching faculty know they’re available,” Lesher said.

Crane added that teaching with primary resources helps students gain a deeper understanding of a topic.

“We encourage teachers and students to work with archives and special collections, including in the digital space,” Crane said.

For these exercises, students would examine campus newspapers to explore how issues/events differed or how the makeup of the newspapers differed over time—as well as how they were similar. For a single class exercise, the instructor might choose two distinct time periods for comparison. For a semester-long project (completed as a class or as individual student research essays), students could examine a span of time.

Students could choose any two time periods for a comparison of issues and events. A comparison between the Depression Era (the focus of Crane and Lesher’s article) and today may prove particularly informative. Crane and Lesher pointed out some familiar themes that they noticed in their research, which a course instructor might use as prompts for a then-and-now comparison:

Makeup of the Student Newspaper

Following are some elements students could look for when exploring changes and similarities in the makeup of the student newspaper over time:

For this exercise, students would examine a campus newspaper during a single time period to explore not only what national and international news student editors chose to cover but also what they chose to leave out.

This exercise requires knowledge of the historical time period selected for study.

In examining the topics covered, students should consider the following:

For a more in-depth project, students might explore multiple campus newspapers to see how news gatekeeping differed. The project may focus on the multitude of issues covered/not covered during a distinct time period, or students may choose to focus on a single issue (Lesher mentioned campus unrest in the 1960s).

Students might consider how interests and needs differed across the following types of student newspapers:

Students also might consider comparing the news coverage in a campus newspaper to that of a professional newspaper.

This exercise may take the form of a class discussion, an informal “on-the-street” poll of their peers on campus, formal focus groups on their own campus, or online surveys of students on their campus and beyond.

Issues to explore may include the following:

Are past issues of your campus newspaper digitized and publicly available? If so, please share the link in the comments below.