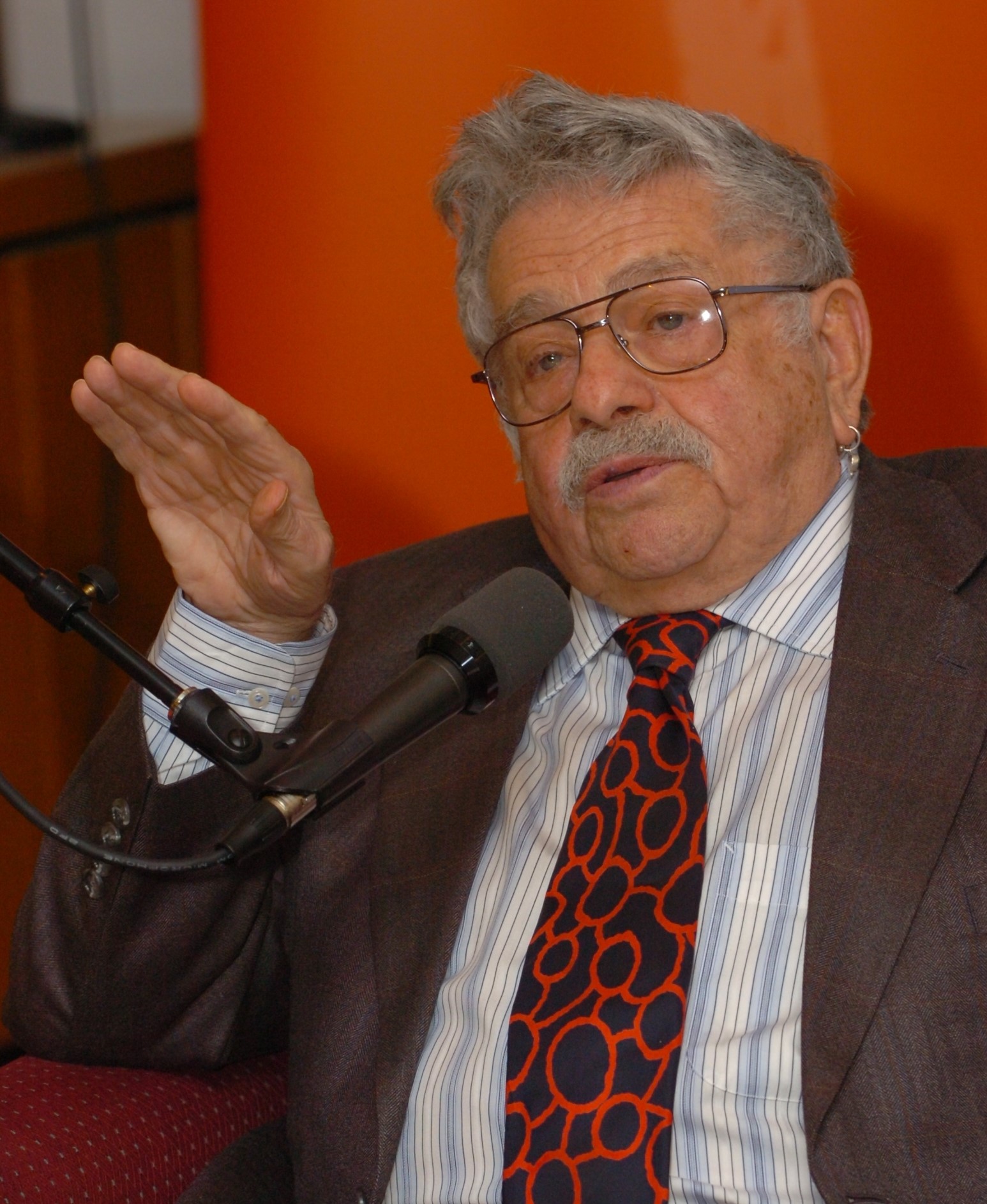 Back Again (Not That It Ever Left)

When police arrested Irving Feiner for his street corner soapbox speech, it upended the 24-year-old Syracuse University student’s life.  The army veteran studying political science was a member of the Young Progressives of America (YPA).  His caustic street corner speech advocated for progressive causes while calling for civil rights reform.  He rankled a small group gathered at the intersection in a diverse and changing neighborhood.

His arrest for disorderly conduct inextricably changed Feiner’s life, derailing his college studies, freezing him out of law school, and putting him on an FBI blacklist for the next decades.

Feiner appealed his conviction all the way to the Supreme Court, arguing his First Amendment rights to free speech were violated.  In 1951, the court upheld his conviction, while on the same day overturning the convictions of other offensive speakers in two separate cases.

Feiner v. New York[1] established the “heckler’s veto,” a concept that allows a small group or individual to silence a speaker.  This doctrine, though not explicitly stated in the court’s majority opinion, was alluded to and articulated in Justice Black’s dissent. But it was not coined until 1965 when Harry Kalven Jr. wrote his book on the First Amendment and suppression of civil rights advocates.[2]

Rooted in decades-old free speech and incitement law, the elements of the Feiner case are alive today.  With politicized speech, counter-speech, and censorship issues as part of our almost daily news feeds, Feiner continues to resonate.

Beginning on a street corner in Syracuse, N.Y., in the heart of a diverse, integrated neighborhood in March 1949, the case sat in the center of a confluence of social forces: local and national politics, race, religion, and economics. Some of these themes are explicitly part of the public record while many others not. It also was one of the country’s first steps toward McCarthyism.

A member of the YPA, the youth arm of the Henry Wallace campaign, Feiner was an ardent supporter of equality and civil rights, political movements that were in their nascent stages but considered so far to the political left that many advocates were branded communists. Feiner did not shy away from the label and throughout his life wore it with pride, regardless of the cost.

The events drawing Feiner to that street corner on that March night in 1949 emanated from backroom local politics after local veterans groups and some well-connected local Republican officials objected to a YPA-sponsored speech by civil rights lawyer and progressive politics lightening rod O. John Rogge.

A former high-ranking Department of Justice lawyer, Rogge had been fired by Attorney General Tom Clark (who was on the Supreme Court for Feiner) for leaking a report about Nazi infiltration of American industry and business. Rogge was on a national tour to raise awareness and funds for his latest legal fight – the appeal of the “Trenton Six.” Likened to the Scottsboro Boys case, the Trenton Six were a group of black men railroaded on a sham murder charge in New Jersey.

After the city pulled the permit for Rogge’s speech at a local school, Feiner and a handful of others from YPA drove around the city with a microphone announcing the speech’s change of venue. They finally stopped at the corner of Harrison and McBride, a spot where speakers occasionally gathered.

Atop a soap box with a microphone in hand, Feiner went from raising awareness to raising hell. A group gathered, hearing Feiner rail against local and national politicians.  He called President Truman a bum and the Syracuse mayor who pulled the permit “a champagne-sipping bum.” He urged black citizens in the neighborhood to fight for their civil rights, to “rise up in arms” and march down to city hall to demand equal rights. The American Legion, he said, was a “Nazi gestapo” organization.

Between 75 to 80 people gathered and, according to police, crowded the sidewalk, spilled into the street, and got restless. Then, an unidentified man told one of the officers that if the police did not “take that S.O.B. down, I will go over and get him off there myself.”[3]  The police officer warned Feiner twice and then pulled him down and arrested him.

Preventing a Riot or Censoring a Radical?

Over the course of the two-day bench trial, supporters, opponents, and the curious packed the courtroom and heard two police officers testify about how a crowd gathered and listened to Feiner’s fiery words and became restless. Police interpreted “in arms” as a call for weapons and violence, not Feiner’s intended meaning of arm-in-arm unity.  Two witnesses from the neighborhood completely contradicted the police, and several students and professors testified to Feiner’s upstanding character.

The judge convicted Feiner, lambasted him for his associations, and sentenced him to 30 days in jail. Appeals to the county court and New York’s highest court, the Court of Appeals, affirmed the conviction, as would the United States Supreme Court.

Chief Justice Fred Vinson wrote the opinion for the court, siding with the government, which was not unusual in a case with the potential for broad implications.  He framed the decision as one of preserving the peace rather than a control of content.

“It is one thing to say that the police cannot be used as an instrument for the suppression of unpopular views, and another to say when as here the speaker passes the bounds of argument or persuasion and undertakes incitement to riot, they are powerless to prevent a breach of the peace,” Vinson wrote.[4]

However, it is difficult to accept that Vinson and the majority were not influenced by Feiner’s political affiliation and his leftist, “radical” speech.  Furthermore, the court overturned convictions in two other free speech cases argued and decided on the same days as Feiner’s – Kunz v. New York[5] and Niemotko v. Maryland.[6]  In fact, in Kunz, a New York City street minister’s anti-Semitic, anti-Catholic, and offensive speech actually devolved into violence.

Passionate dissents by Justices Hugo Black and William O. Douglas, joined vexingly by Justice Sherman Minton, critiqued the majority.[7] Justice Black wrote in detail about the flaws in the case and the rationales applied by the lower courts and the majority, which he said “make a mockery” out of the First Amendment.[8]

Under the auspices of preventing a riot, police and government officials will have broad authority to censor a range of speech, particularly political speech, when opponents disagree, Black wrote, leading the country toward “totalitarian authority.”[9]

Further, he wrote, “In my judgement, today’s holding means that as a practical matter, minority speakers can be silenced in any city. Hereafter, despite the First and Fourteenth Amendments, the policeman’s club can take heavy toll of a current administration’s public critics.”

Empowering Those Who Disagree

Though the legal doctrines put forward in this case are still being applied, Feiner seems to have had limited application by the Supreme Court with only 27 citations, the most recent one from a 1972 reporter’s privilege case, Branzburg v. Hayes.[10] Lower courts have found support through Feiner in a number of cases testing the limits of disorderly conduct and government authority.

Feiner empowers government, particularly police on the scene, to interpret the malleability of the disorderly conduct charge. While most disorderly conduct charges deal with disruptive behavior, the flexibility of the charge allows police or opponents to silence speakers because a small group or an individual objects or even threatens violence, as police did with Feiner that night in 1949.  The arrest went beyond simply pulling a speaker off a soapbox, leading to a punitive prosecution.

Justice Douglas focused on the unidentified man who threatened violence, arguing that he was the real culprit. One man was able to not only shut down a speaker but prompt a criminal prosecution.[11]

Almost 70 years later, the politics of controversial speakers have changed.  Nowadays, instead of targeting leftists or “radicals” like Feiner, conservative, offensive, or fringe speakers are sometimes finding themselves silenced, disinvited from speaking engagements, or otherwise punished by smaller groups or individuals who disagree with their message.  This has been particularly ripe on college campuses, a place where more speech should be heard and debated rather than silenced.

Feiner, the blacklisted communist, became a businessman, working in and owning printing companies, movie theaters, and eventually a rare tropical fish business.  Irv Feiner did not testify in court, but he spent his life defending free speech and his progressive political views. He raised a family, ran for local office in Rockland County, New York, wrote letters to the editor and newspaper columns, and refused to be silenced.

About the author: Roy S. Gutterman is an associate professor and director of the Tully Center for Free Speech at the Newhouse School at Syracuse University.  He is writing a book on Irving Feiner and the case.