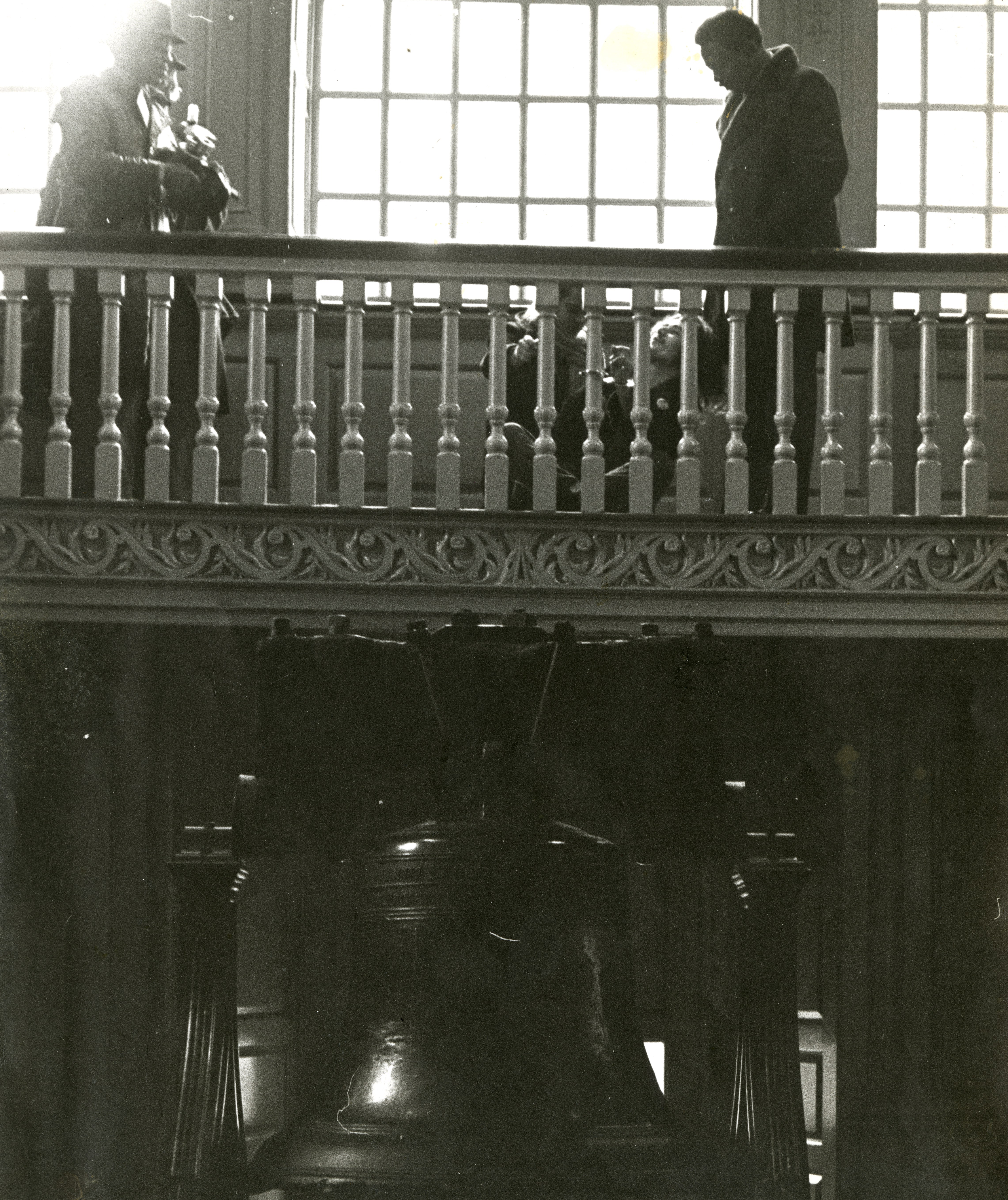 When Mark Segal was young, he rarely opened a newspaper or turned on the TV and encountered depictions of someone like him.

“I grew up in the 1950s and early ’60s,” Segal said. “And at that time, LGBT people were not visible on television, either as a subject matter or on news shows. The only time we appeared is if there was a law broken that we were involved with. And even that was rare.”[1]

The invisibility of gay people stayed with him. His recognition that overlooking a segment of the community was unfair — the opposite of “objective” — led him to undertake what became a turning point in the representation of LGBTQ people in the media: the “zap” campaign that struck high-profile programs in the early-1970s.

Segal grew up into a gay rights advocate, journalist, and community leader. He was at Stonewall, helped launch Gay Liberation Front, and started Philadelphia Gay News.[2]

His “zaps” have reverberated in the media for decades. They serve as a reminder of the power advocates can have over news agenda-setting and framing.

In the 1960s, when Segal was a teen, even where information about gay people could be found, it was negative. Segal said that without gay representation in popular media, the only place to turn was the library, where books analyzed homosexuality as an illness or criminal issue.

“We were considered immoral by religion, mentally ill by the mental health profession, illegal by the police and military,” Segal said. “So, there wasn’t information about us.”

“Some people call it a rebellion, some a revolution,” said Segal. “From the ashes of that event came an organization called Gay Liberation Front.”

In the year following Stonewall — what Segal calls “the first magical year of gay liberation” — Gay Liberation Front targeted the Village Voice and Time Life. They also demonstrated against the government and the police, objecting to interpretations of a disorderly conduct law that inhibited LGBTQ people from gathering and allowed for police harassment.[3]

The group was focused on increasing visibility because only through visibility could the cycle of oppression be broken, Segal said. Invisibility allowed opponents of LGBTQ people to elevate disturbing characterizations, encouraging persecution.

“That’s how the LGBT community was kept under the thumb of society,” Segal said. “And the reason they were able to do that is because we were invisible. Therefore, we could be that green-eyed monster in the closet somewhere.”

That “first magical year” culminated in celebrating the anniversary of the Stonewall riot. Segal was a parade marshal for the march up Sixth Avenue from Greenwich Village to Central Park. To be a marshal, Segal had to attend civil disobedience training, he said, because of concerns about violence.

“We thought, ‘Oh, my God, you know, these people might harm us,’” Segal said. “But the reality is, society was more afraid of us than we were them. And they were afraid of us because of all the myths that were allowed to be perpetrated due to the fact that we were invisible. And I think that struck me more than most in Gay Liberation Front.”

Segal couldn’t escape the thought that LGBTQ people needed to push even harder to increase visibility. To do that, he started a new organization: the Gay Raiders.[4] Their “prime purpose was to disrupt society,” he said.

They opened with zaps on the Liberty Bell, United Way, a Nixon fundraiser, the office of Arlen Spector, who was then Philadelphia’s district attorney, and a teen dance show à la “American Bandstand.” A zap during a broadcast of the Philadelphia ABC affiliate’s “Action News” crystallized the concept of co-opting the media’s megaphone.[5]

“By attacking media, you reach millions of people,” Segal said.

A year of disruption

Throughout 1973, Segal and the Gay Raiders disrupted some of TV’s biggest shows, generating news coverage and spurring change.[6]

There was “The Tonight Show” starring Johnny Carson: “Johnny Carson is the only person that I’ve ever disrupted who refused to allow me to meet with them and apologize or explain.”

Mike Douglas’ daytime talk show: “I stopped them in the middle of a professional foot reader. That’s how crazy … television used to be. You have Tony Bennett having his foot read.”

And “Today,” the NBC morning show: “Luckily, NBC offered tours of their studios. We took the last one of the night and literally — this is so ridiculous — hid in a closet.”

But the most historically well-known target of these disruptions was the protest at “CBS Evening News with Walter Cronkite.”[7]

“It’s a very simple reason to understand why,” Segal said. “Because Walter, at that time, was the most trusted man in America. … So, he has a huge rating. And when we disrupted the show, surprisingly, the next morning, we were in every paper in America. So not only had we been seen by millions of Americans, but now they were reading about us.”

Segal and another activist gained access to the studio by posing as television production students. During the broadcast, Segal ran out in front of the camera holding a sign: “Gays Protest CBS Prejudice.” Later in the broadcast, Cronkite explained the protest’s motivation to viewers.

Cronkite and Segal met during Segal’s trial for trespassing. Cronkite was a witness, so they were in court together. During this meeting, Segal explained CBS Evening News’ bias against gay people through points of comparison.

“He asked me why I did what I did,” Segal recalled. “And I said, ‘Well, your show is biased.’ And he took umbrage to that. He was … a respected journalist. And he took journalism very seriously. And that meant to be objective. And he said, ‘No, we’re not.’ I said, ‘If I can prove to you that you are, will you change it?’”

Segal then explained to Cronkite that CBS Evening News had recently covered a women’s march in New York City but did not cover the first gay pride event, even though the gay event was larger.

“I then said, ‘Last week, you did a story about the New York City Council refusing for the third time to pass the gay rights bill,’” Segal said. “He said that was news. I said, ‘I agree with you.’ It might have been negative to my community, but it was news. I said, ‘But why haven’t you covered the 25 other cities that have passed gay rights legislation?’ He turned around and went back to talking to his lawyers.”

“Two weeks after that discussion in the courthouse, he did a report on cities that had passed gay rights legislation,” Segal said. “And that is how I knew I got through to him. He deserves credit for that.”

“She went back in [the studio] and reported the story of why I had disrupted the ‘Today’ show,” Segal said. “That … is the first time on national network television a story of an LGBT demonstration was reported.”

The fight for fair LGBTQ representation in media is far from over, and progress hasn’t been constant. The emergence of HIV and the corresponding rise in anti-gay rhetoric caused backsliding, in particular.[8]

In many U.S. communities, the LGBTQ press came to fill the voids left by mainstream news outlets.[9]

“People started calling us the Philadelphia AIDS News,” Segal said. “That’s how much coverage there was.”

“It was only through visibility,” Segal said, “that we became real human beings to society.”

About the Author: Steve Kilar is a doctoral student at Arizona State University’s Walter Cronkite School of Journalism and Mass Communication.

Featured Image: In the Smithsonian archives, this photo is attached to a piece of paper with the following caption: “Mark Segal of the Gay Raiders handcuffed to the banister overlooking the Liberty Bell at Independence Hall. Photo By Harry Eberlin/With article by Keith Clark.” Mark Segal Papers, Archives Center, National Museum of American History, Smithsonian Institution.