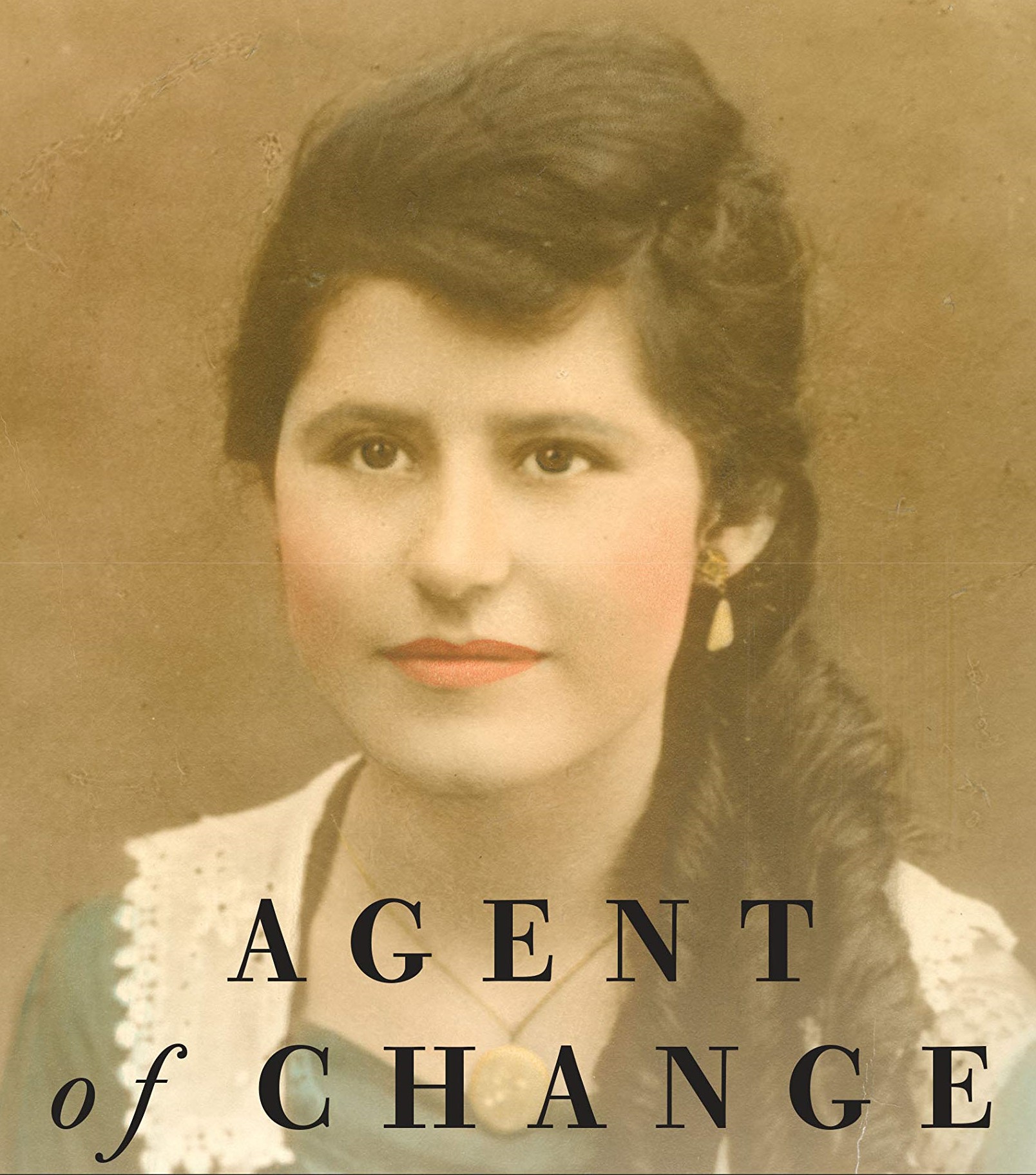 “She had toddlers.” (p. 59) In this three-word sentence, the historian Cynthia E. Orozco explains how prose and punditry became the default advocacy tools for Adela Sloss-Vento (1901-1998), a largely unsung champion of Mexican American civil rights. Agent of Change, Orozco’s impressive study of Sloss-Vento, traces the activist life of a high school-educated, lower middle class, bilingual Mexican American woman who was raised in the Rio Grande Valley of Texas at a time when women’s roles, and especially Mexican American women’s roles, were limited.

As Orozco deftly narrates, Sloss-Vento couldn’t afford to attend college. In fact, because she had to work to help support her family, Sloss-Vento didn’t graduate from high school until she was 26. But that didn’t stop her from acting on “her passion to be a writer.” (p. 29) Upon graduation, she contacted leaders of the emerging Mexican American civil rights movement, including attorney Alonso S. Perales, one of the chief founders of the League of United Latin American Citizens (LULAC). Orozco shows how this began Sloss-Vento’s work not only as a writer/activist, but also as a grassroots historian, whose collection of newspaper clippings, correspondence, and other ephemera related to the early Mexican American civil rights movement was more extensive than that of even the key players.

In her earlier groundbreaking book, No Mexicans, Women, or Dogs Allowed, Orozco meticulously detailed the founding of LULAC in 1929, and offered an introduction to Sloss-Vento and her role in the Mexican American civil rights struggle. Agent of Change gives Sloss-Vento her full due. Moreover, for the media historian, this book holds additional significance. Despite the omission of the word “journalism” from the title, Orozco shows why Sloss-Vento should also be considered a notable figure in journalism history. Certainly, Orozco is correct to classify Sloss-Vento as “one of the most important Latinas in the twentieth century.” (p.1)

The book illuminates how Sloss-Vento, as a mother, homemaker, and working woman tackled a wide portfolio of social justice work, including racial discrimination, segregated schools, and the exploitation of undocumented workers, all while sitting at her kitchen table wielding nothing more than a pen. Barred from membership in the then men-only LULAC, Sloss-Vento turned to the most powerful activist role available to her: public intellectual. Orozco cogently documents Sloss-Vento’s prolific letter-to-the-editor writing, as well as her unpaid columns published in English- and Spanish-language newspapers throughout Texas. Having made the case that Sloss-Vento was lower middle income, lacked higher education, and faced discrimination as a woman, Orozco shows nonetheless that Sloss-Vento had the cultural capital to push for change in print. She even wrote to U.S. presidents.

While Orozco describes how Sloss-Vento used her pen to fight for the Mexican American cause, a journalism historian might have added more depth of understanding to Sloss-Vento’s work by amplifying the significance of letters-to-the-editor and opinion pieces as tools for democratic participation. Moreover, Orozco’s study raises intriguing and unexplored questions about the decision-making process of the Euro American male editors who elected to publish her letters and commentary. The act of publishing Sloss-Vento, particularly in the English-language press, offers insight into how these news leaders conceived their imagined community of readers, or perhaps were prodded to expand that concept by Sloss-Vento. These editors, operating at a time of rampant discrimination of Mexican-origin persons, were co-producers in widening the boundaries of democratic debate, which they likely also saw as a newspaper circulation driver.

By 1929, as Orozco notes, the pre-eminent Spanish-language newspaper in the United States, San Antonio-based La Prensa, identified Sloss-Vento in a headline as a “A Young Woman Who Defends the Community.” (p. 27) While Orozco emphasizes that La Prensa was a San Antonio-based transnational newspaper, the publication’s U.S. impact should not be understated. La Prensa was a major voice cohering Mexican Americans throughout the United States. This broader audience was underscored, not only through records of the Audit Bureau of Circulations, but also through the newspaper’s fundraising campaigns for civil rights issues in which it showcased the names and hometowns of Mexican donors from across the country.[1]

Therefore, though Sloss-Vento’s advocacy in South Texas newspapers served as an important voice challenging the local debate about Mexican Americans, it should not be overlooked that when Sloss-Vento published in La Prensa, she built a nationwide following and served as contributor to the development of U.S. Mexican American identity. Orozco points out that Sloss-Vento’s editorial success is all the more remarkable, given that Mexican-origin women lacked access to most professional careers, including journalism. Instead, as Orozco notes, “In the 1920s to 1970s, they were ‘dirty’ Mexicans and intellectually inferior ‘ladies’ better suited to domestic helpmates, beauty queens, or sexual playmates.” (p. 172)

Sloss-Vento is a connecting thread in Orozco’s trailblazing scholarship on Mexican American civil rights, which began in 1978 when Orozco was an undergraduate at the University of Texas. Orozco’s multitudinous sources for Agent of Change include her relationship with Sloss-Vento as well as insights from her subject’s son, Arnoldo Carlos Vento, who also provided Orozco access to his mother’s papers. Other archival sources include those relating to leading Mexican American civil rights leaders, as well as copies of the LULAC News, an official magazine of the organization. Orozco also drew on numerous English- and Spanish-language publications. This book would be useful for graduate or undergraduate journalism courses focused on the press and civil rights history, the press and feminist history, and the press and Latinx history. Just as we have only recently come to learn more about the hidden female figures in the Black civil rights movement, Agent of Change breaks new ground by showcasing how a woman played a significant, if mostly unheralded, role in the movement for Mexican American equal rights. The journalism historian is likely to find chapters five and six, focusing on her work in the gendered civil rights movement and as a public intellectual, most pertinent. That said, reading the entirety of this compelling and splendidly researched story would be highly recommended, particularly for those who lack knowledge of the Mexican American struggle to be accepted as a full-fledged member of our democratic society. Finally, for journalism historians seeking to develop a more inclusive canon, Orozco’s work offers an invaluable hint to pursue more rigorous research into local, regional, and ethnic presses to uncover unsung writers.

[1] Melita M. Garza, They Came to Toil: Newspaper Representations of Mexicans and Immigrants in the Great Depression (Austin: University of Texas Press, 2018).